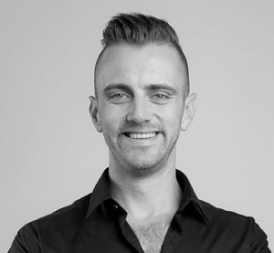 Software as a Service, or SaaS, is an industry that is gaining all sorts of media attention. Essentially, it is a new, streamlined way to deliver software to organizations both large and small.

A third-party provider makes a variety of apps available to businesses that can be accessed over the Internet. SaaS basically is one of the major categories of cloud computing along with Platform as a Service and Infrastructure as a Service.

SaaS is akin to having software on demand.

Permitted users may request access to the software anytime, anywhere and using any Internet-enabled device.

This makes it possible for employees to get more done in a more efficient manner even if they rarely or never go into the office.

Across industries, apps and businesses are switching to SaaS because it means that they no longer have to be responsible for installing and running software applications.

SaaS also makes it possible for someone else to handle major security concerns. The more decision-makers know about SaaS, the more likely they are to make the switch.

Of course, if you’re already in the SaaS industry, then you’re aware of its advantages.

However, how sure are you that your business is optimized? The more you understand about SaaS statistics, the better prepared you’ll be to compete.

What Kind of Growth Do SaaS Companies Need?

Tech companies have to be incredibly competitive to succeed.

While a business in any other industry would be considered thriving if it showed an annual growth rate of 20 percent, software companies growing at that rate have a 92 percent chance of failing within a few years according to McKinsey & Company.

This makes it imperative to understand what rate of growth is necessary for SaaS companies, and what measures should be taken to ensure that growth.

Why Do Companies Switch to SaaS?

Organizations that are transitioning to SaaS or have already completed the transition have several reasons for doing so. In a survey, the top reasons given for making the switch include the following:

Are Organizations Really Making the Switch to SaaS?

Many organizations are slow to adopt new technology. After all, it costs money and there is a learning curve involved.

This does not mean that companies are not seeing the advantages of SaaS. In fact, an increasing number of them is making the switch to SaaS.

The Connection Between Bring Your Own Device and SaaS

With the increasing reliance on SaaS, more workplaces are moving toward more flexible working schedules and requiring fewer employees to show up at the office on a regular basis.

Along with this trend, an increasing number of employees is using their own PC, laptop, tablet or smartphone to get work done. The bring your own device, or BYOD, movement is entirely supportive of the SaaS revolution.

Marketing and Sales for SaaS Companies

The term “customer churn,” which may be shortened to simply “churn,” refers to the loss of a customer. Essentially, a paying client stops generating transactions and breaks off their relationship with the SaaS company.

Customer churn is a reality of doing business in any industry, but it is a particularly critical metric for SaaS companies. This is because there is a direct correlation between customer success and the success of the SaaS venture.

Accordingly, the executives of an SaaS organization must know and understand their churn rate and actively seek ways to address problems indicated by these numbers. 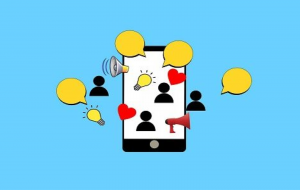 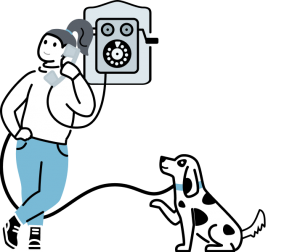 We leverage our network of 300+ tech publications to help our clients rank higher in Google, increase their organic traffic, and bring in more customers.

You want the secret sauce to increased growth and we’ve got it! When you partner with us we make sure you:

We’d love to hear about your project